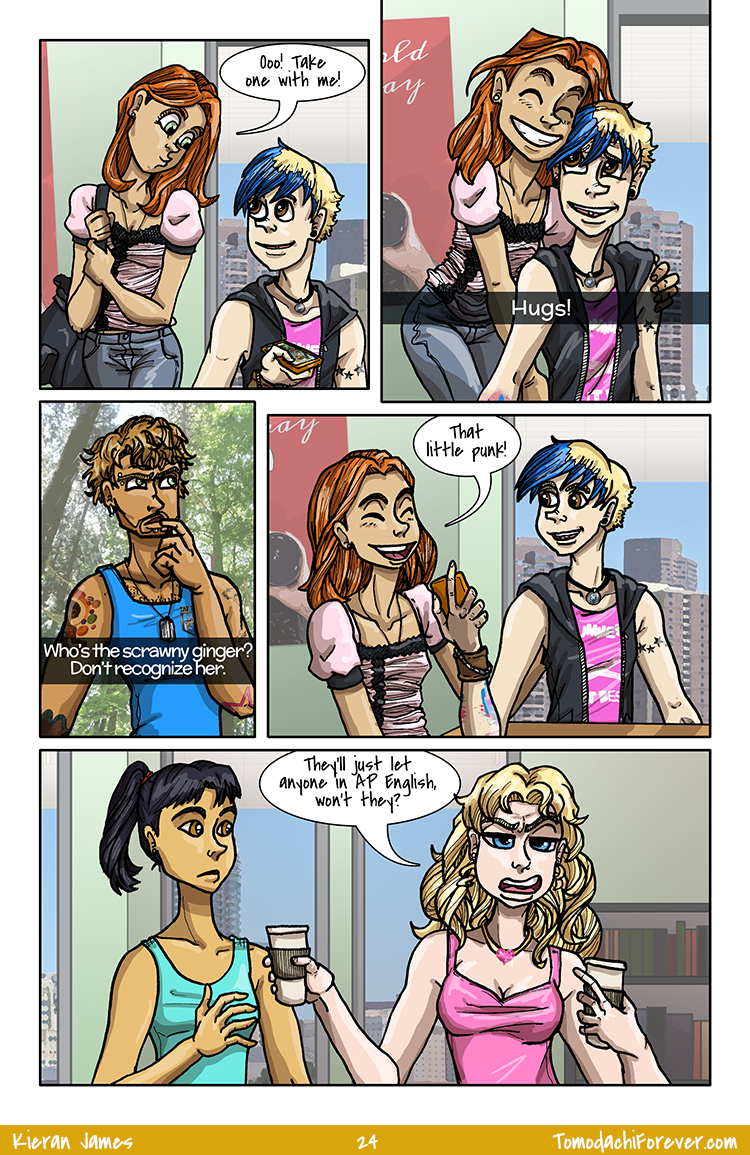 I had to do the backgrounds twice because I realized after the first time that I had oriented the room wrong. I built a 3D model of the school in Sims 3 several months ago, specifically to save me from this sort of thing. Otherwise I’d just be guessing all the time and every building would have Escher-style architecture.

I actually tried building sets in Sketch-Up so I could use filtered screenshots for backgrounds, but the learning curve was way to high for the amount of time and patience I had. Instead I plan spaces out in Sims and then draw them in Photoshop. Works well so far! My goal is to be able to reuse a lot of backgrounds. Even though there’s a ton of different set locations, most of them come up in multiple scenes.

Oh, and I was thinking I’d release the Sims-created sets for download, though I’m not sure how much interest there would be. I did, of course, create Sims versions of the characters as well, to, uh, test the buildings. Yeah, that’s it.