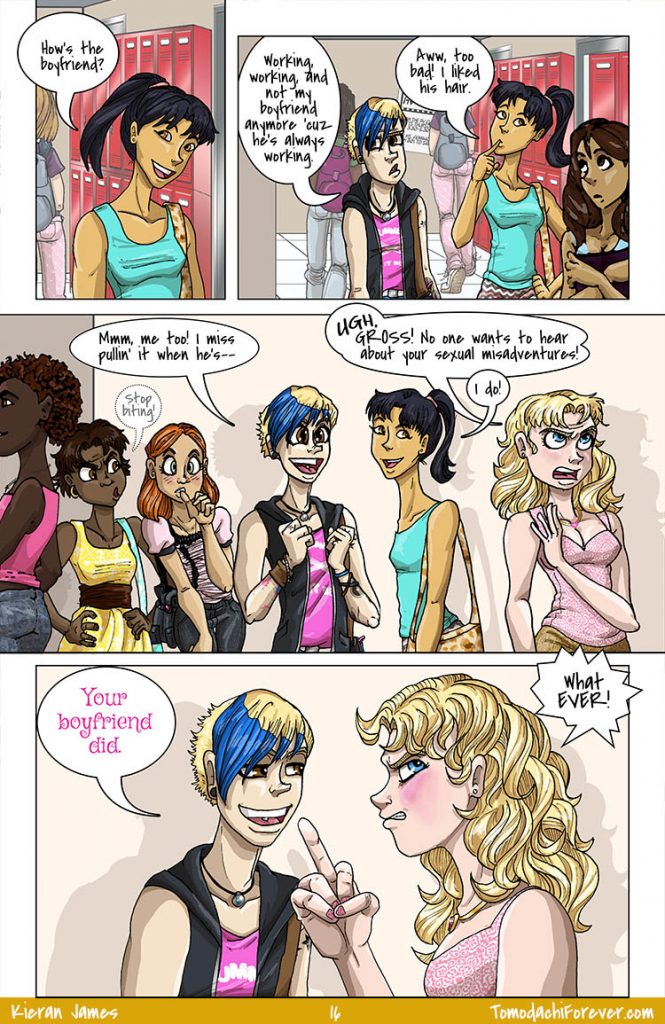 There’s a lot of flipping the bird in this comic, now that I think about it. 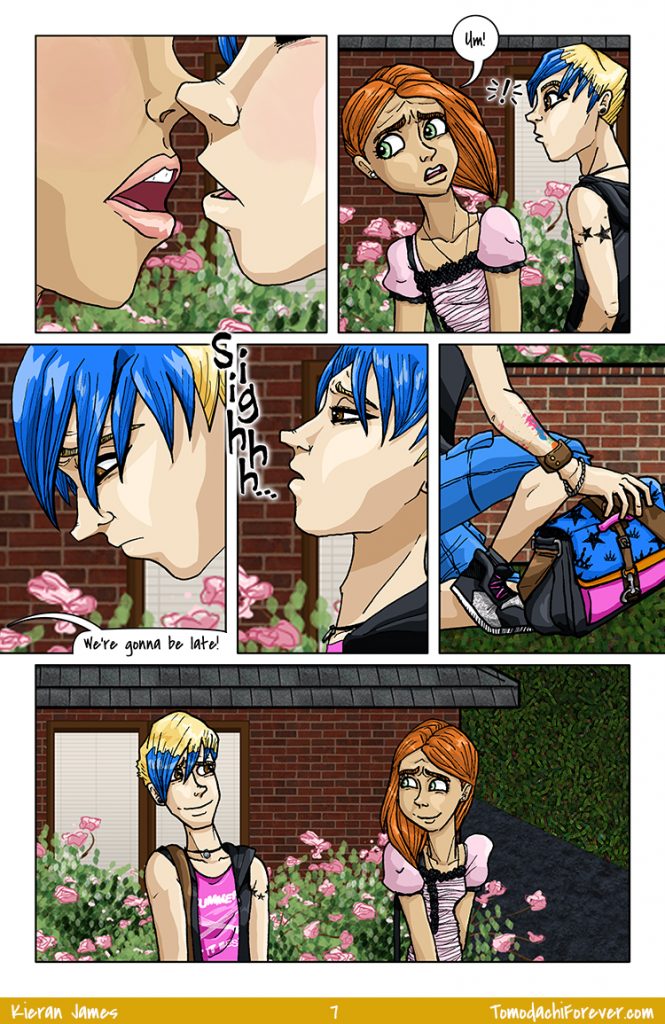 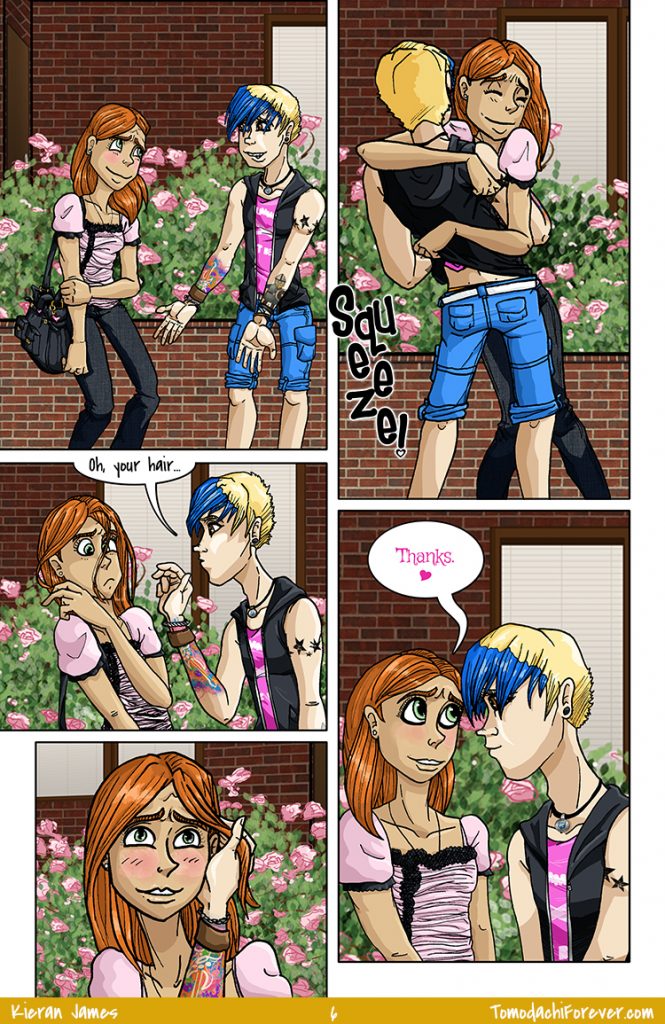 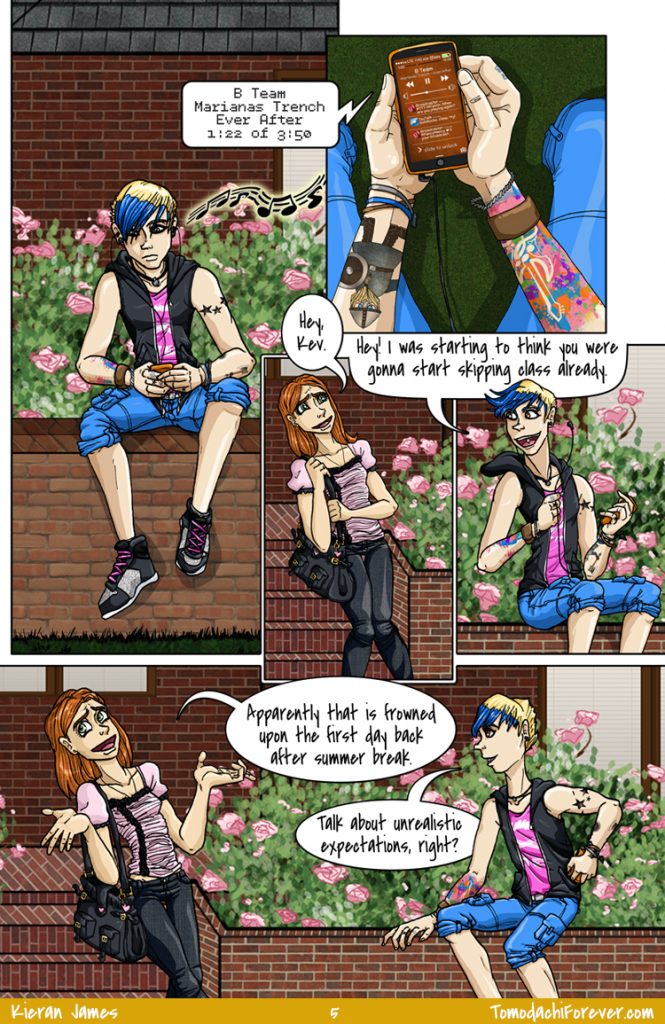 You don’t want to know how many hours this page took me to knock out. I also spent a huge amount of time working on the exterior of the house, most of which is not in any single shot here. Because of course not. Those stairs and that planter also kind of kicked my butt because things made primarily out of straight lines are apparently way harder for me than, say, human beings. 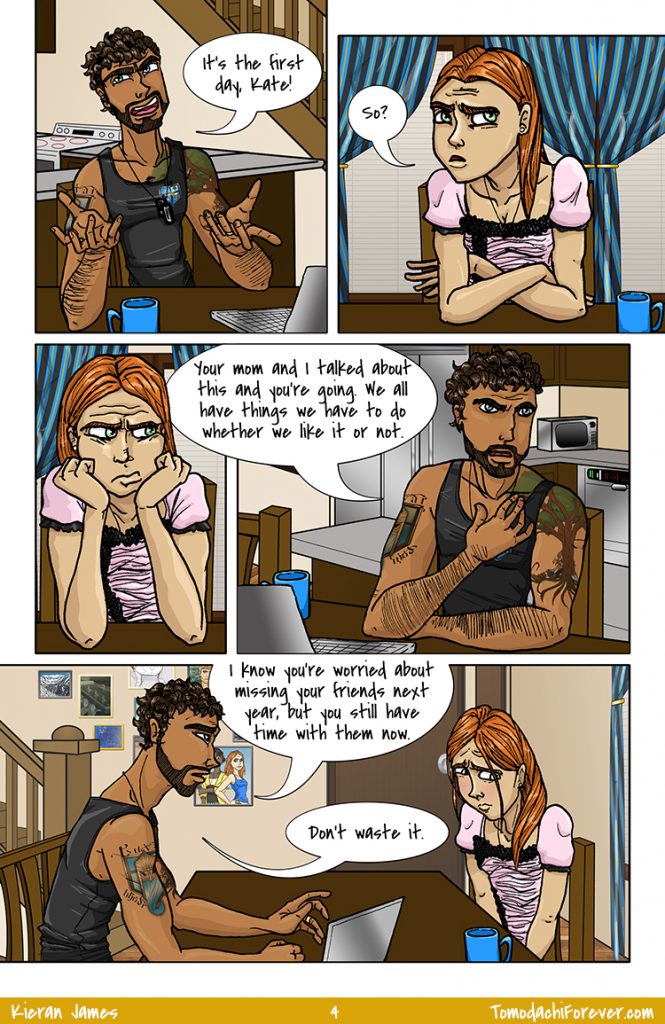 Seriously, Kate? That is a top-notch pretty princess pout, though.

I had to make an extra background for panel 5, because flipping the panel art just didn’t flow right. Besides, we’ll eventually be back in the kitchen some day anyway, so may as well make that backdrop now. My reasoning for doing all the stupid little collage frames is far less reasonable though. That was pretty much, “Gee, this wall is kinda empty. I bet they’d have photos up – let’s do that!” You know, so that I can cover it up with word balloons, because I manage my time super-efficiently.

Hey, you can totally kinda, sorta (not really) see two characters we haven’t met yet! …The third is under the word balloon, and I spent a ridiculous amount of time finishing the art I used for that frame so, like, fuck this shit, right? 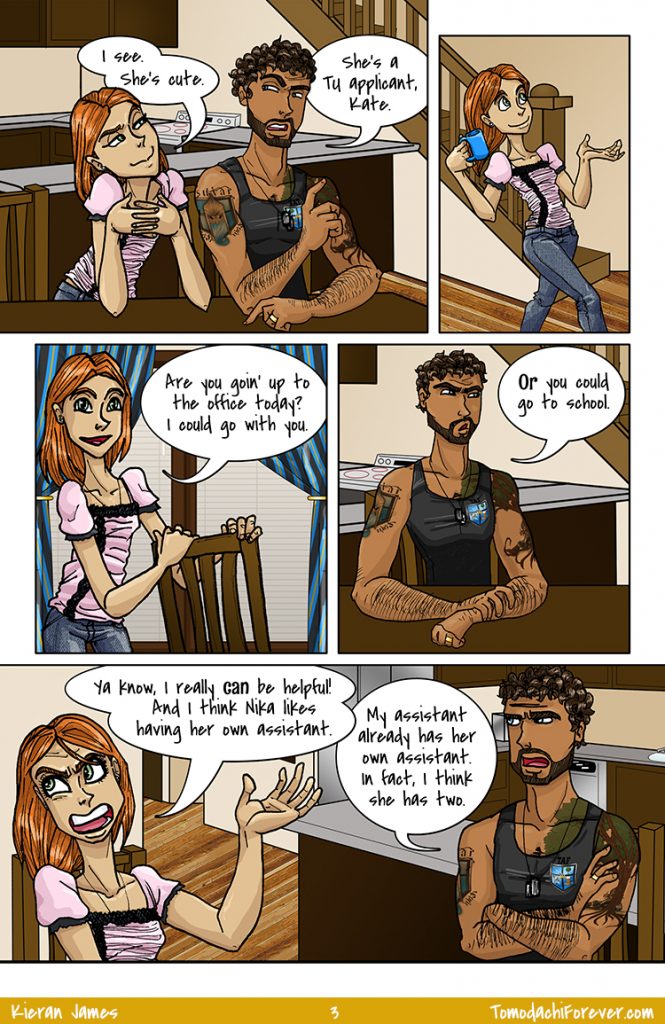 I get the impression Sam is having absolutely zero of Kate’s teenage bullshit right now. 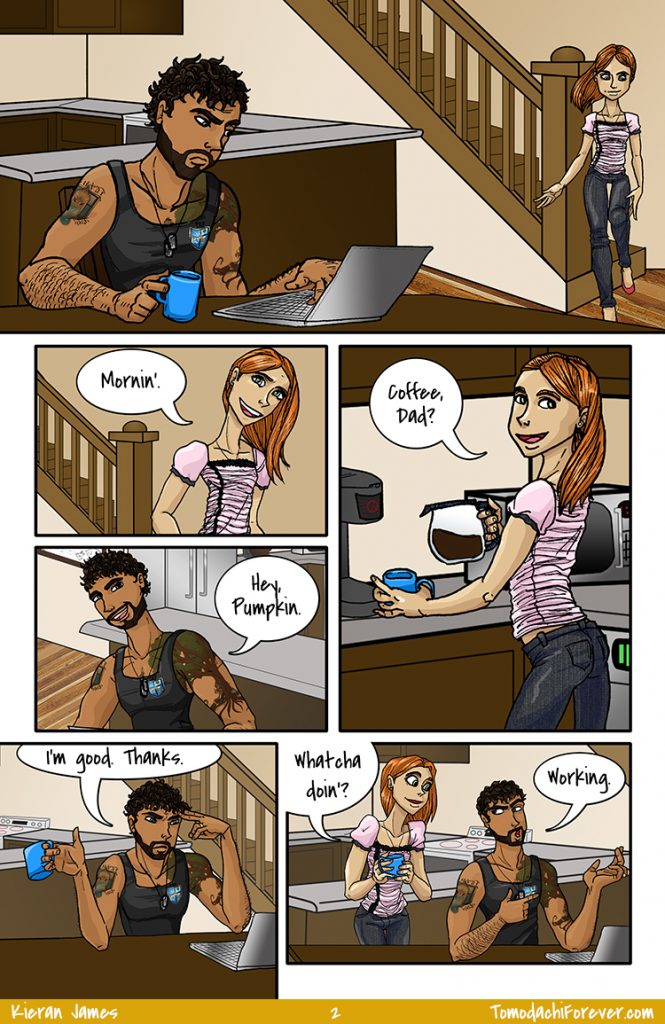 Considering how much I HATE drawing trees, you’d think I wouldn’t decide that Sam needs to have a ginormous tree tattoo on his arm. Also, that we need to see it because it’s summer. “Maybe it’s not too warm yet for him to wear long sleeves. In August. In Colorado.”

Thankfully the third page takes place in the same set, so that’s a relief. Page four ALSO takes place in the kitchen! Oh, how I spoiled myself when I wrote this. (Page five requires not only a new set, but it’s outdoors and has A: architectural elements, B: landscaping. This is what I get for forcing myself to write the story without regard to how hard any aspect may be to draw.)

I’ll probably post a full version of Sam’s tattoos soon. That tree took hours. I did the full thing and then applied it to the character on a Multiply layer, and transformed as necessary for size, skew, warping, etc. Fun! I’m pretty excited with how well that works – trying to draw and color tattoos every page would be insane and they wouldn’t look as good. Too tiny to get that much detail!

Psych Yourself Up, Girlfriend 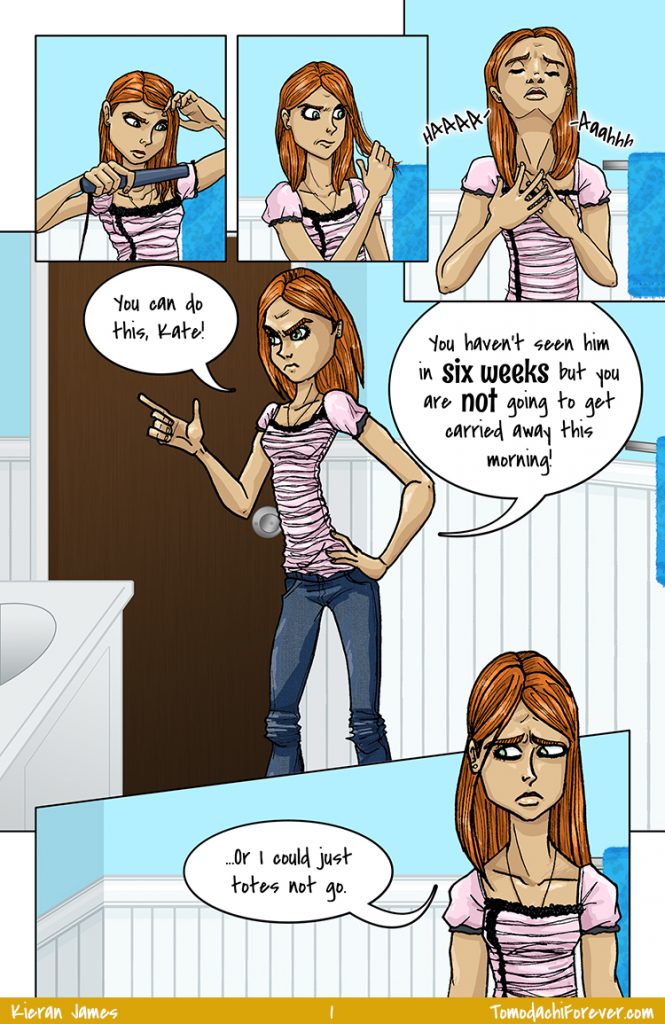 First page, and we’re off! I think Kate has some concerns (besides talking to herself in the bathroom mirror, which I’ll admit is very Evil Step Queen).